実践ビジネス英語 2018/8/1 #実践ビジネス英語
1 水 Lesson9 Helping College Students Graduate (1)
Collins describes the volunteer work she is doing right now. And Lyons cites statistics about college attendance and graduation. Grace says she has also seen those figures and that many students are taking on significant debt and not even getting a diploma. Grace also talks about the kind of people who are especially at risk of dropping out including first-generation college students.

–
tutor 個人指導する
shift one’s focus to - 〜に焦点を移す、目を向ける
Change one’s area focus of greatest effort. The company will shift its focus to portable devices next year. Or, you could say about a student, “She shifted her focus to the French language. Though she’s still studying English.”
focus 焦点 重点
Good for you. 大したものですね。
dropout crisis 中途退学の危機
drop out 中退する
drop out of school 学校を中退する
drop out of sight  突然消えていなくなる
It’s very common to say the something crisis referring to a very urgent and dangerous situation.
A housing crisis could refer to soaring rents, making it hard for many people to find affordable housing. Or, if there was a garbage crisis, then a country could be struggling to store and dispose of lots of trash.
no less than –  〜もの多くの、〜ほどの多くの
Lyons is stressing that this is quite a big figure. You could also say things like, he makes no less than 5 million dollars a year. Or, she reads no fewer than 20 books a year.
a big figure 大きな数字
= as many(much) as
be up against –  〜に直面している
When we’re up against something, we’re confronted with it. We have to contend with it, deal with it. Things like, I’m up against at tight deadline. This has to be finished by Friday. Or, imagine you have a new proposal but you’re up against a very conservative boss.
You know, they’re not likely to listen to new ideas.
be up against difficulties, obstacles, oppositions
unprecedented challenges かつて無い難題
student loan debt 学生ローンの負債額
Debt, money owed in a form of student loans. These loans usually offer more favorable terms such as a long time to repay so we specify their student loans. Personally I repaid my student loan debt over 10 years.
favorable terms 優遇措置  loan debt 利子を払わなきゃならない
depressing 気が滅入る、憂鬱な
Grace says, “I’ve seen those numbers too. Depressing, aren’t they? ”
Take on thousands of dollars in debt. 何千ドルもの負債、借金をかかえる
In this case, “take on” refers to “shouldering a burden or responsibility.
Like, Company X took on Company Y’s debt as part of the merger. Or, I took on several of her clients while she was on maternity leave.
no diploma to show for it その成果をしめす卒業証書無しで
The students have no diploma as a result of their investment, as something they can show as the result of their investment.
Ah, this is a very common construction the “to show for it.” We also say, “little to show for it.”
Things like, they conducted a huge marketing campaign but had little to show for it.
Sales didn’t change significantly. And “to show for it” can be used positively. Imagine someone remodeled an old firm house in the country, you can say, “Now they have a beautiful vacation home to show for it.”
be likely to - 〜する可能性が高い、しやすい
give upon - 〜を諦める、断念する
Stop trying or hoping because we feel there’s no chance for success.
I gave upon trying to convince him. He won’t listen.
I gave up on you. あなたのことはもう諦めた。あなたにはもう期待しない。
first-generation freshman 大学に進学した第一世代の新入生
Someone from the first generation of a family to go to college, to be a freshman in college.
It’s also very common to say, “a first-generation immigrant” someone from the first generation in their family to go to a new country. Their children are second generation. If your parents are first generation and you were born in the new country, you are second generation.
一世、二世
–
economically disadvantaged  経済的に恵まれていない、不利な
disadvantaged 人が貧しい poorの婉曲語
the disadvantaged 社会的、経済的に恵まれていない人々

He who has a thousand friends has not a friend to spare,
And he who has one enemy will meet him everywhere.
千人の友人を持つものにはいなくても困らないような友人は一人もいないが、一人の敵を持つ者はどこに行ってもその敵に出会うことになる。

That’s all for today.

See you next time. Bye, bye. 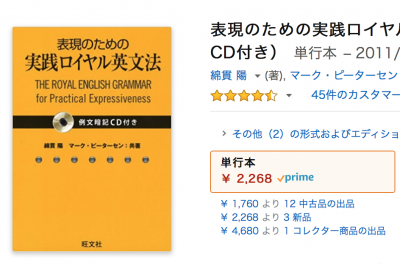 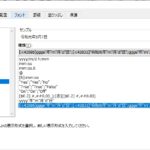